Another successful year of ringing for UEARG with a couple of standout records and a good number of birds processed.

2019 saw us process a total of 5,788 birds across 54 species (pending any unentered records). A large part of our ringing is at feeding stations in the winter months, this is in part a result of being a University ringing group where summer is often when our members are on field work or not around. As a result of the large amount of feeder ringing we do, recaptures make up a large proportion of our catch (45%) but still left us with a total of 3,221 birds ringed in 2019. This is up there with some of the highest year totals for the group according to DemOn (the online data repository for BTO bird ringing data).

It will come as no surprise with our feeder dominated catching that Blue Tits and Great Tits topped the captures list this year, incredibly accounting for 55% of our catch. However, the flip side of this was record numbers for the group of other feeder associated species, such as finches, and blackbirds.


A big thanks to all those who made UEARG activities possible this year, particularly Dr. Iain Barr and James Cracknell. 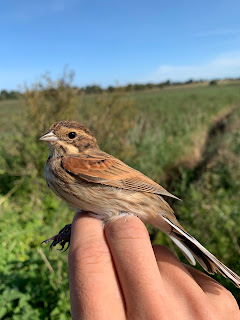 Reed Buntings were present in reasonable numbers at our reedbed site this year, including a winter roost but we have only managed limited visits. 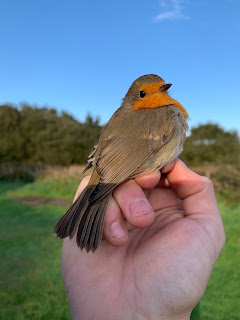 Our Norwegian ringed Robin. We haven't got the original ringing data back yet, but it was a first-year bird. 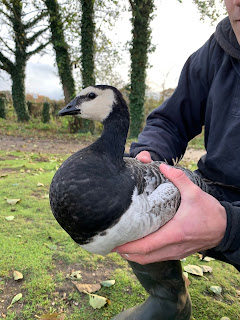 Our only new species this year, a (feral) Barnacle Goose. Regardless of it's origin, it will be interesting to see what happens to this first-year bird in the years to come. 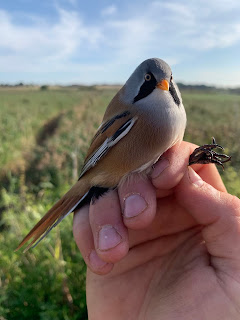 Good numbers of Bearded Tit breed at our reedbed site, and 28 new birds reflect this. 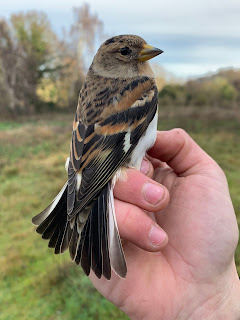 Only 5 Bramblings, each one is a treat but we would have expected more considering the sites and net effort this year. 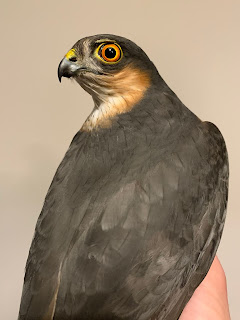 3 Sparrowhawks this year, all of them males. Always a welcome addition to a ringing session. 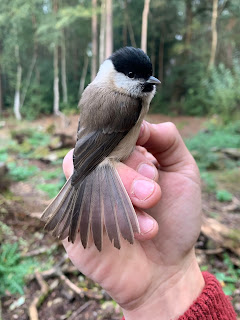 Great to retrap our resident Marsh Tits again this year, however only two new individuals is fewer than we would have hoped for this red listed species. 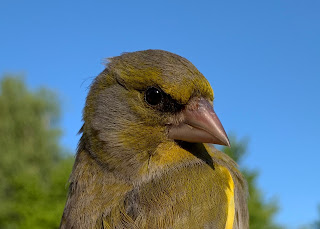 A great year for Greenfinch for the group, reflecting the continued local recovery. 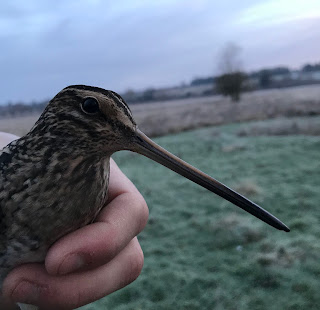 Just 3 snipe this year, a poor return compared to the numbers on the marsh site. The exceedingly wet end to the year has hampered any catching efforts so far this season. 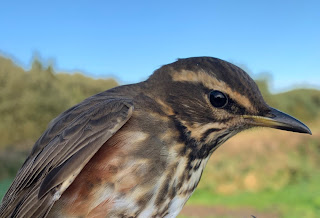 43 Redwing was pretty good going compared to other years, and was largely thanks to targeted effort by Alex. 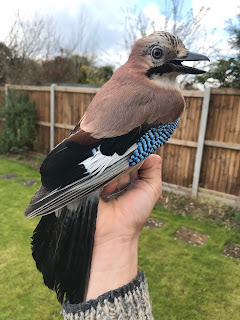 A great year for Jays, reflecting increased use of potter traps in the group. We hope to start colour ringing them in 2020. 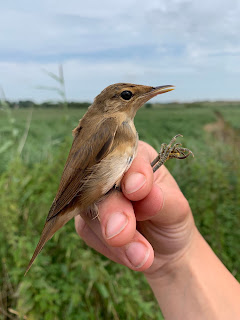 The 183 Reed Warblers we caught at our reedbed site was a reasonable number, but we expect to catch in excess of 500 with a a full season of effort (this year we only monitored the site at the latter end of the season).


Posted by Stephen Vickers at 20:59 No comments: